Some of these topics may appear to be simple but they are not, and there are a number of additional essential hints and methods presented in this blog.

What is a Press Release?

A press release is a document, usually made up of several paragraphs that contains information about an upcoming event or news. Press releases are distributed to journalists and other people in the media who sell them to the public as content for their articles.

When it comes to press release distribution there are many options available: free press release websites, paid press sites (usually $60-$100 per submission), article directories ($15-20 each) and wire services like PR Newswire ($400+).

However we do not recommend using any of these options because they either provide little exposure or no results at all.

The 6 benefits of press releases

Press releases are a great way to build credibility

When people see information about your business online, in press releases or press articles, it gives them the impression that you are a real business with an established reputation. This helps establish credibility and can lead to increased sales.

People who read press releases may be interested enough in what they have just read about you that they will click through to your site to find out more about you. This means press releases can help drive traffic to your website and increase sales.

When press release articles or press articles are written, they create a lot of interest in the subject matter which results in people talking about it on blogs, forums and other social media sites like Twitter & Facebook. This buzz can lead to press opportunities, increased sales and more exposure for your business!

Press releases help you gain links back to your website

A press release distributed on PR Newswire that is optimized correctly should lead to a lot of links back from press articles which Google & other major search engines love. This results in increased traffic, customers and sales!

The press release distribution channels will give you exposure to a large number of people and having press releases on many different sources means that customers can find out about your products or services from more than one place. This increases the chances of them finding out about you, buying something from you and becoming loyal customers.

How Do They Help Your Business Grow?

Press releases are a great way to get press coverage for your business and they also help with search engine optimization (SEO). In the case of press release marketing, press is equivalent to free advertising!

They help your business or your brand to build authority and credibility within your niche market.

How often should you publish a new press release?

This question is a bit like asking how long is a piece of string? There are many factors to consider such as your industry, who you’re trying to target and what type of press release strategy (aggressive vs passive). A good rule of thumb for most types of businesses or industries would be one press release per week but this could vary depending on the business model or niche market.

You will want to send them out as frequently as possible without sacrificing quality and content. As with any marketing campaign or strategy, it’s important not to over do it because the last thing you will want is for people to stop reading them all together.

For example, if you were releasing press releases once per week, then I would recommend changing this up so they aren’t being released at exactly one-week intervals; maybe switch it up between every three days, five days or seven days depending on what works best for your business (as well as whether you can keep producing newsworthy content). You would need to work this out based on your own press release marketing strategy.

Who should you send your press releases to?

One of the most important things when press releasing is choosing who or where your press release will go to for distribution.

Our number one rule on this subject would have to be “know thy audience.” When writing press releases, think about what kind of people and websites might read them and tailor your press release accordingly; it’s simple but not easy!

You want as many eyes on your press release as possible which means that you should distribute across a wide variety of high profile media sites (New York Times, Forbes, Yahoo Finance, etc.). We recommend sending out between 20-100 press releases at any given time depending on how much content you are able to produce.

Remember, press releases are only one aspect of the overall marketing campaign.

When is the best time to publish a new press release?

We always recommend that press releases are sent out during the week at least one day (if not more) prior to a holiday or weekend. This way you will be sure to get your press release in front of as many people as possible while they’re away from their desks and hopefully checking social media!)

You should aim to publish press releases early in the morning around 06:00-09.00 GMT so that they will be available for people in all time zones and have a chance to get indexed by search engines before anything has changed on your website, giving you as much exposure as possible!

Using press release as a form of SEO?

Press release SEO (search engine optimization) is exactly what it sounds like; press release marketing that helps your press releases to rank higher than competitors in Google. However, unlike other forms of SEO, press release seo does not rely on backlinks (although they are still beneficial if included within the copy).

– The domain where the press release will be published to.

Essentially press releases are used for two reasons:  to inform journalists of your new product or service, news story or upcoming event; but also as a form of press release SEO (press releases rank higher on Google if they have been submitted to the right press distribution sites).

How Much Should It Cost You?

It may seem expensive but press release distribution services cost money because they give you a lot of benefits which is why I recommend using an article directory submission service as well; this way you get all the benefits at no extra cost (the only downside is that your press release/blog post will be published on other websites).

If you are planning on doing this yourself, it may be difficult at first but once the ball gets rolling, your new press releases will be seen by thousands of people each time! If all goes well, we predict that within six months or so from now your website traffic could increase fivefold which means potentially more than 500 visitors every day without having to do anything extra… Sounds good? That’s because it is!

The best part about using press releases for lead generation is that press releases are extremely effective for long-term business growth and they’re also cheap to send out (the only cost is the press release distribution fee).

If you haven’t already done so, I highly recommended that you sign up for a free account with either PRLog or ArticleBase.com ASAP! You can take advantage of their FREE services right away while building your press list at the same time because they will allow anyone to submit press releases about anything. If you don’t have any money to spend on press release marketing then start off by using one of these two platforms.

If you’re looking to accelerate your growth as fast as possible, we also offer a service to write articles and publish them on very high traffic sites (Yahoo Finance, Associated Press, MorningStar, etc) as well as blogs, podcasts, slideshare and video sites (400+ sites in total). Reach out to us anytime if you’re interested! Also stay tuned, because we plan on writing more articles in this series which will give you more helpful tips as well as providing more secrets than what has been mentioned here.

How to Write A Press Release That Gets You Results

It is important that you write a press release in the third person point of view with an objective statement at the beginning followed by several supporting paragraphs. The first sentence should grab your readers attention so they continue reading to discover what’s next! Here are some additional tips:

What Should You Include In A Press Release?

The press release title should be eye catching and attention grabbing

Make the press release headline sell your press article as it’s what people will see when they come across press articles about your business in an e-mail or on Twitter/Facebook. The goal is to entice them into reading more by being concise yet informative.

Include quotes from your press release in the press article

People like to read press articles that contain quotes from people they know or have heard of. Quotes can add credibility, authority and give you a chance to say more about what you do as well as sell it!

Use these secrets when writing press releases for maximum exposure & results. If done properly press releases can be a great way to build credibility, gain traffic and sales for your business.

Press releases are a great way to get your company’s name out there and to start building credibility. They’re an easy, inexpensive opportunity for you to share what your business does with the world. But they can also be used in other ways than just press coverage-you can use them as links on social media or even send them out via email newsletters! If you want help crafting the perfect release, let us know and we can help write it all up for you. 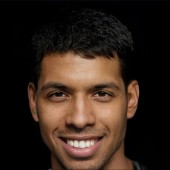 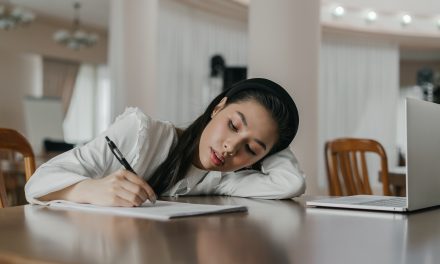 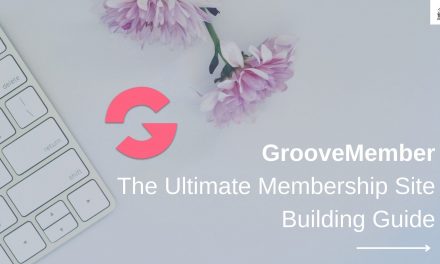 AI Content Generation: How Automated AI Tools Are Changing the Way We Write 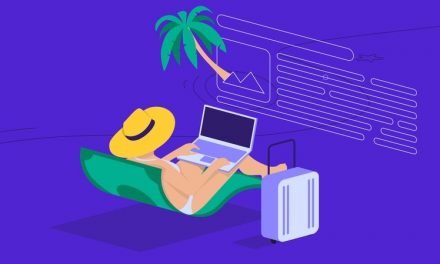 How Long Does It Take For A Blog To Start Making Money?

You have Successfully Subscribed!